It’s raining as I type: drops smashing on my tin roof, loud enough to drown the radio.

Two weeks ago we were sweltering under a drought, with bushfire smoke lingering, giving Melbourne the worst quality air in the world for a couple of days.

But then the rains came.

So yesterday I went for a 3-hour bush hike, prepared to get soaked for the sheer relief of feeling moisture in the air again.

All around me, trees sucked up precious water, as the creek thundered.

The frogs and bugs were so vocal it made conversation difficult, and even the odd leech helped me feel like I was in a tropical rainforest once more.

Our beloved bush has been SO dry, SO brittle, SO stressed; in some places it sadly still is.

But we’ve been blessed by rain… and now we have too much! We’re flooding: cars being swept off causeways, shops inundated, roads closed, homes damaged, and people’s lives wrecked once more.

We have a cyclone in Western Australia, and flash flooding all down the East Coast (where I live), which has finally put out long-burning fires, but at a terrible cost. 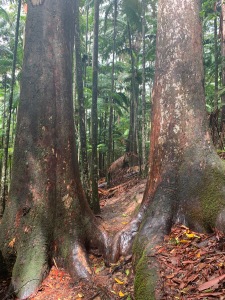 Do they look like they’re holding hands to you?

This CANNOT be the new ‘normal’? Or will the calm, clear, science-based predictions of extreme weather patterns really come to pass, in the time-frames they suggested, at the exact severity they proposed?

And while that thought can overwhelm, for today I’m going to take comfort in the memory of yesterday’s walk: the smell of moss, fungi and decaying leaves all around me, with wet boots because I slipped while crossing the raging creek.

The spring back under my feet of the rich earth, sodden and fertile once more, after the holding pattern of 6 months of drought, while green diamonds of new buds caught the edge of my gaze.

I could feel the bush breathing a sigh of relief.

And I breathed with it.

Now we need it to stop raining… to ease the swollen rivers, and calm the seas and sky.

But thank you Mama Nature, for the blessing of the rain, putting out the fires. 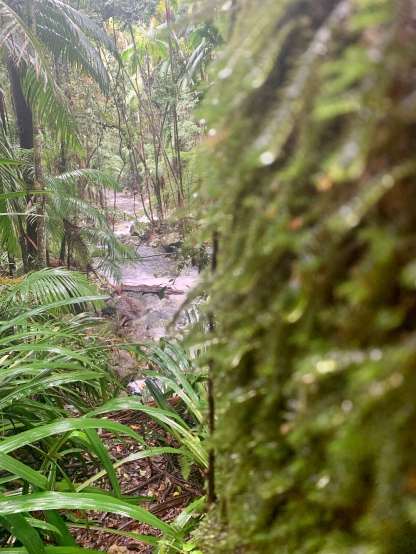 The flowing creek was a blessing to see 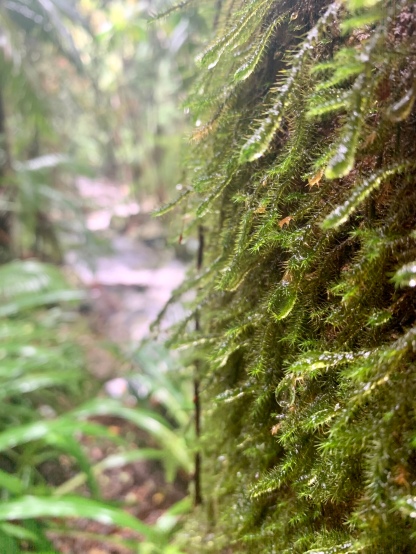 But so was the tiny moss & droplets