So we took nearly 2 hours to walk 4.5kms on the first day of the Three Capes Track because we kept stopping to pee and/or take photos. Finally we arrived though, and here’s G49 (the birthday girl) perfecting her “Please-stop-taking-more-photos-for-your-blog” pose.

The ‘huts’ were fantastic: built less than 2 years ago, all timber and colorbond (very typical Australian architecture), with stunning views, and well-equipped stainless steel kitchens (no fridges, plus you must bring all your own meals, and take out all your rubbish). Yoga mats and a foam roller were also provided, plus a pile of boardgames and packs of cards.

But the best thing of course, was walking around without your pack!

Striding free to our room 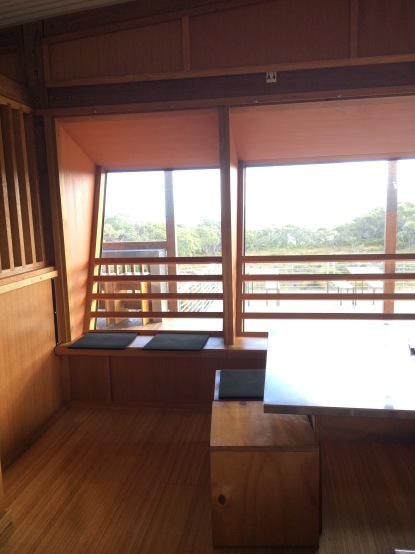 A hut orientation for all the walkers

We were welcomed and briefed by the ranger, who gave us a history of the site, the latest weather update, and an orientation re the next day’s walking (11kms). It all felt super organised and well-designed.

Except for the sleeping arrangements. You see, up to 48 people can book to walk the track at one time, and the rangers assign the same numbered room to each group, for each of the three nights. Here’s ours. Looks alright hey? UNLESS the guy in the room next door snores like a demon from 9pm onwards, in which case it is the door to Hell.

Yes, that’s right folks: I’m a light sleeper, and despite the fancy memory-foam mattresses in our 4-bunk room, the walls were thin wood panels, with open mesh at the top, directly linking us to the next cabin.

Wherein dwelt the Snorer King, and his minions, two of whom also snuffled and honked.

10pm. 11pm. Midnight. Still awake, and gnashing my teeth. Shoved my earphones in to listen to my Relax Meditation app… 1am still awake, and ready to kill. 2am, almost in tears; finally I dropped off about 2.45… and got woken up at 7.30 as we had to set off soon.

4 hours sleep, and I have to hike 11kms #tired #nothealthy #notflattering 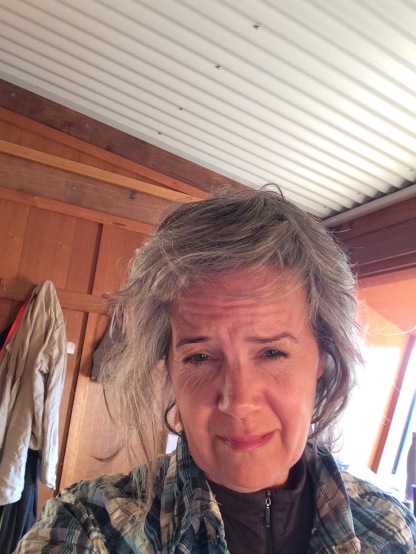 4 hours sleep, and I have to hike 11kms #tired #nothealthy #notflattering 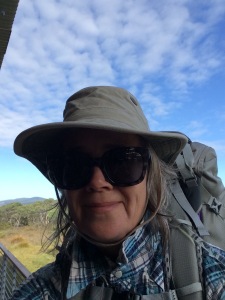 I soon cheered up after breakfast though, ‘cos basically I had to right, and we did a yoga/Pilates warm up in the gentle morning sun before hoisting our even-heavier packs and setting off- we each had to carry 2 litres of water now for the journey. Water is heavy. Who knew??

Day 2 was gorgeous, and despite none of us having slept well, we had an incredible day.

We found a rare native orchid, so tiny it was hard to focus on it (end of my stick for size reference). We saw a wallaby, laughed and sang, puffed and panted, plus peed a lot of course. 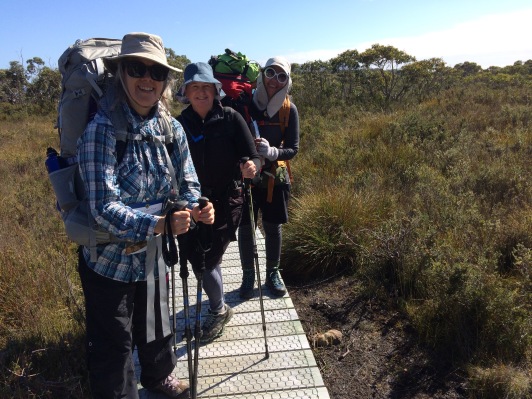 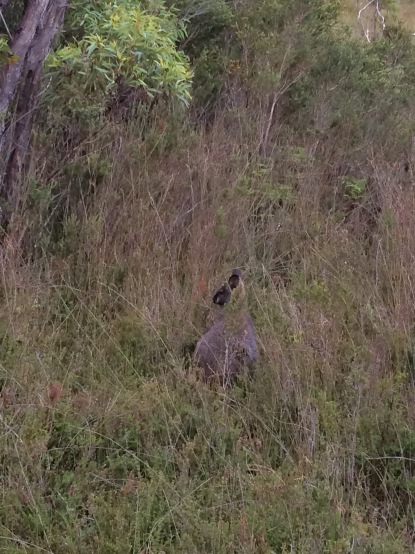 It was incredible to know we were walking further and further away from civilisation, and to see such pristine landscapes. What a fantastic way to celebrate turning 50 in a few days, and a unique adventure for four old friends.

Then we came round the corner, and saw this… more in next post…